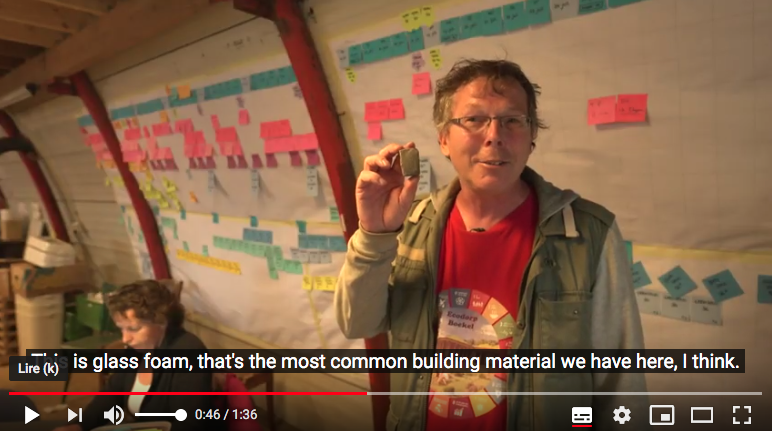 The innovative social housing Boekel Ecovillage has won the award for the most sustainable organisation in the Dutch building sector. It is the first time that the Dutch Sustainable Building Awards gave this prize to a community.

Reacting with delight to the news, the initiator of the ecovillage, Ad Vlems, was particularly pleased that the award has sparked the interest of the Association of Dutch Municipalities. “They want to know how municipalities ought to handle starting communities,” he said.

The jury was impressed by the height of ambition, professionalism and the integral way in which Boekel Ecovillage is organised.

“Not only in the formation of ideas and implementation, but also in the cooperation. It concerns innovative ideas that can be repeated in practice. And partly because of the self-sufficiency they are also affordable,” said Jury member Robert Koolen. “Not only the whole, but also parts of it can inspire imitation. The direct link to the Sustainable Development Goals shows how you can translate abstract objectives of this kind into concrete actions.”

The project combines a wide range of aspects of sustainability: nature-inclusive, climate-adaptive, climate-positive, biodiversity and social sustainability. The majority of the 36 social housing units in the strikingly circular project were built using natural materials and the rest were produced from waste materials. In addition, the professional way in which this citizens’ initiative was designed sets an example for others.

Later at the award day on July 1st Boekel Ecovillage was chosen by those present for another overall award. “So we won two awards in one day!” said Ad.

Boekel Ecovillage is one of three new ECOLISE members approved at the recent Extraordinary General Assembly.