Reflections on EDSC 2022 by Duncan Crowley

2022 is the 6th year of ECOLISE’s flagship project, the “European Day of Sustainable Communities” (#EDSC2022). Having won the 2019 Lush Spring Prize and launched Communities for Future in 2020, this year we aligned the EDSC with the European Year of Youth (#EYY2022). So the Global Climate Strike on Friday 23rd of September represented an interesting day for many of us. A busy morning on the streets will be followed by quieter moments to re-connect with those still connected to the deepest essence of life.

Lisbon was the 2nd city to register its Fridays For Future #ClimateStrike on our EDSC map, after Limerick in Ireland. After this day of global street action for #ClimateJustice , in many points around Europe with people from our ECOLISE member groups and wider network of friends, many of us completed this momentous day with a reflective evening listing to and talking with indigenous leaders from Abya Yala (Latin America) about remembering where we have come from and where we need to go to, in all senses; spiritual, policy, solidarity, political, community, with nature, with the rivers, the forests, the animals, the ancestors, our dreams…

Although somewhat abstract, this has been some of the essences in the EDSC adventure this year, to reach out from the safety and familiarity of our (ECOLISE) core, to the wider edges, the still somewhat uncomfortable areas, where action demands radical change happen, where difficult conversations have to happen to address the trauma and ongoing violence of empire and colonialism.

Of course, we have had a terrific and diverse array of EDSC events from around Europe. This year, the main day was Saturday the 17th, but we had events for the full month of September. To get a flavour, check out the #EDSC2022 hashtag on Twitter and Facebook, or even easier, see our new #EDSC2022 highlights button on Instagram with music support. Also this year we partnered with World Cleanup Day, which brought in many new areas of action, such as Armenia.

Some highlights from the month have been the Environmental Justice Film Festival in Bohemians community run football club in Dublin, especially their screening of “The Territory”. In Croatia there was a beautiful little DIY fanzine making workshop with Udruga PLANTaža. Up in the heart of Anderston, Scottish Communities CAN found volunteers to help plant apple and pear trees for a new community orchard. Young Istanbul architecture students told the UrbanCommunity how they were “Reclaiming the city”. The UK Permaculture association put on an amazing series of events for “My Green Community”. Some great grassroots initiatives are underway in Portugal, including a “Regenerative Tribes Gathering” and an “African Way Eco Camp” in Alentejo, as well as a host of actions to defend the “Quinta dos Ingleses” greenspace in Carcavelos in the wider Lisbon Area. And, as per usual, the greatest chunk of EDSC events comes from the French team, thanks to the top work of Tebben Geerlof and the Collectif pour une Transition Citoyenne who put on the Fete des Possibles. (Vid about their work is here)

But on a somewhat sombre and collective self critical note, we must pause to reflect on things a bit deeper. We have “National Contact Points” in 10 European countries, which reflect on where most points appear on the map (taken September 9th). But what about the rest? As ECOLISE, as people working in the core of the team or council, or part of the wider family of member groups, could we be doing more? With individuals living in, or from many of these barren EDSC countries, could we help get more actions logged on the map?

Let’s see how this adventure unfolds. Let us see how we move from anger in the streets tomorrow demanding change, to connecting with our neighbours and building up the world we need to live in, from the bottom up, street by street, block by block, neighbourhood by neighbourhood, community by community, city by city, region by region. Although it might feel hard to grasp, this is what we are called to do. Failure to act is not an option, but as wise ones in our global family already said “We are the ones we have been waiting for”.

We invite you all to join us, as we move from #FridaysForFuture to #CommunitiesForFuture… VIVA LA PACHAMAMA 🌎 ❤️ 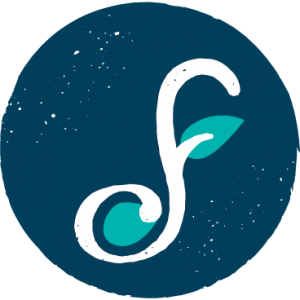