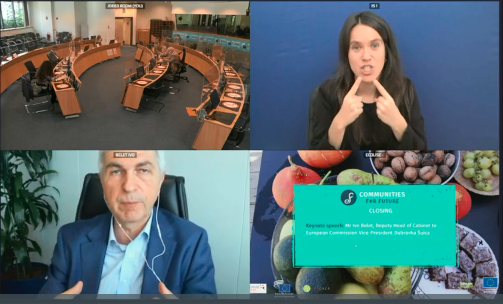 Diverse voices and policy makers across Europe joined the inaugural Communities for Future Policy week from 20th-28th September 2021.  The theme of the week was ‘Transformation through localisation of policy and decision-making’.

The opening event focused on three policy papers – Democratic political processes, Working with Nature and Transition Design – which were written collaboratively by participants in the Communities for Future policy circle. 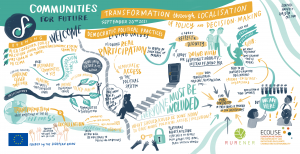 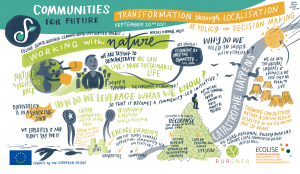 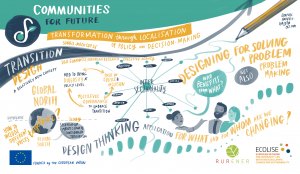 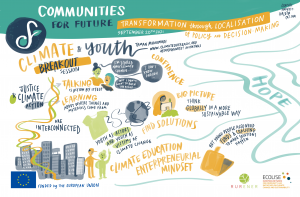 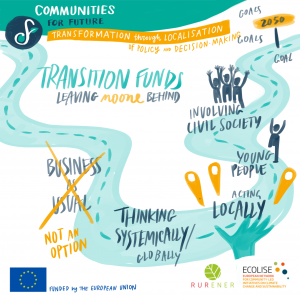 Interpretation into French, Italian, Spanish and International English Sign Language were provided throughout.

Check out the live tweets from the opening and closing events here.

Watch a replay of the closing event here: