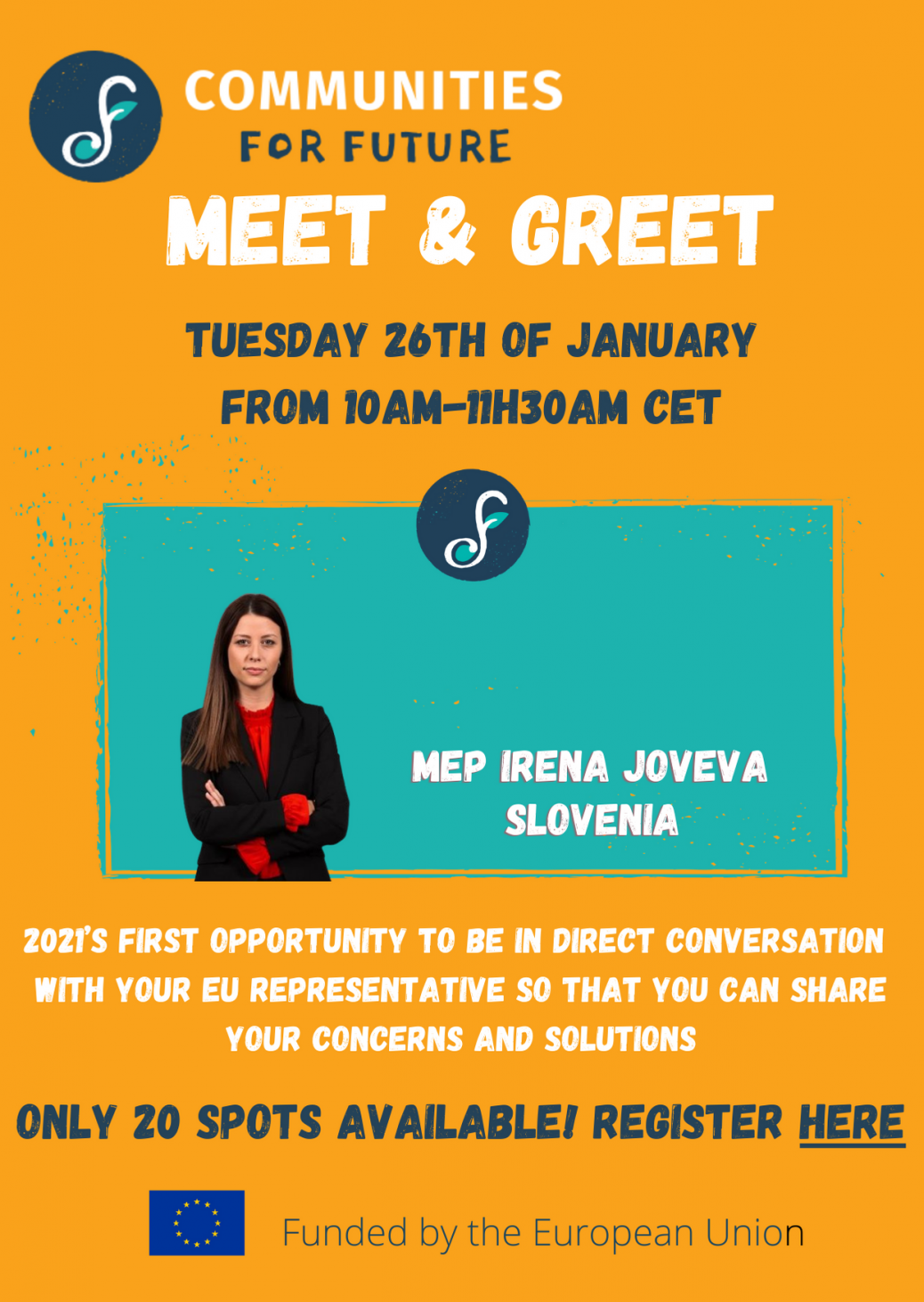 MEP Joveva is one of the youngest MEP currently sitting in the European Parliament. She has now been in office for a year and a half, having previously worked as a journalist. She is involved in Parliamentary committees on culture, the environment and employment.

During the 1hr30 long meeting participants shared what they do and their solutions. They heard what the situation at EU level is and what MEP Joveva is working towards. One of the takeaways from this meeting was that MEP Joveva wants to “jointly push for change on a local and European level” with community led-initiatives.

During the meeting MEP Joveva responded to participants concerns regarding the EU recovery package. She explained that although it is not perfect, and that the parliament has limited powers here, each Member State will now have to allocate a percentage of recovery funds towards the environment and digitalisation. Slovenian participants were concerned that most of this fund would be diverted to infrastructure and roads as there has been a lack of consultation of local stakeholders in the development of the national recovery plan by Member States.

Like many of us she is waiting for the Conference on the Future of Europe to kick-start, as she sees this as another opportunity for youth and NGOs to engage and push to re-imagine and re-design the systems on which we depend.

She heard and understood the frustration of participants with regards to access to EU funding and the bureaucratic red tapes which surrounds it. She heard the frustration that citizens can have towards the EU but she still strongly believes that the European Union is the only way to go. And as the Slovenian Presidency will be taking over in the second half of 2021, she agreed to come back and talk more about the opportunities that the presidency presents.